Posts that I especially recommend for Saturday, March 5, 2022

Posts that I especially recommend for Friday, March 4, 2022

Posts that I especially recommend for Thursday, March 3, 2022

The QR code-based software solution will be used for other vaccinations as well, such as polio or yellow fever, T-Systems said in a statement on Wednesday, adding that the WHO would support its 194 member states in building national and regional verification technology.
As the conflict between Ukraine and Russia continues to escalate and dominate the world’s attention, the increasing evidence that the US Central Intelligence Agency (CIA) is and has been working to create and arm an insurgency in the country has received considerably little attention considering its likely consequences. This is particularly true given that former CIA officials and a former Secretary of State are now openly saying that the CIA is following the “models” of past CIA-backed insurgencies in Afghanistan and Syria for its plans in Ukraine. Given that those countries have been ravaged by war as a direct result of those insurgencies, this bodes poorly for Ukraine.
The growing risk of the Pentagon initiating biological warfare using over 400 US biological laboratories located overseas around the world and the need for a clear response to the risk of worldwide biological disaster from such secret US overseas facilities has been repeatedly pointed out. After all, these biological laboratories employ some 13,000 “employees” who are busy creating strains of killer pathogens (microbes and viruses) that are resistant to vaccines.
To discuss  the government and media hypocrisy and dangerous escalation by the West and Russia, Rania Khalek is joined by Ali Abunimah, director of The Electronic Intifada and author of the Battle for Justice In Palestine.
“This is the largest, and most shocking, display of a centrally-controlled media flood of vicious invective that I have ever seen.”
I made that comment to myself after reading thousands (and I don’t exaggerate; I mean thousands) of articles in all the Western world’s media about Kamila Valieva and Russia at the Olympics. But I’d hardly gotten the words out of my mouth when Kamila fell to second place, replaced by Vladimir Putin and Russia (again).
For background, I generally peruse 30 or more publications each day, in 15 or 20 countries, to learn what different countries are saying on important topics, and I save all webpages with useful content. With these Western attacks on Russia, I stopped. I’ve been doing this for many years, but in this case I could no longer stomach the rubbish I was reading, and I quit.
at 3/03/2022 11:29:00 AM

Posts that I especially recommend for Wednesday, March 2, 2022 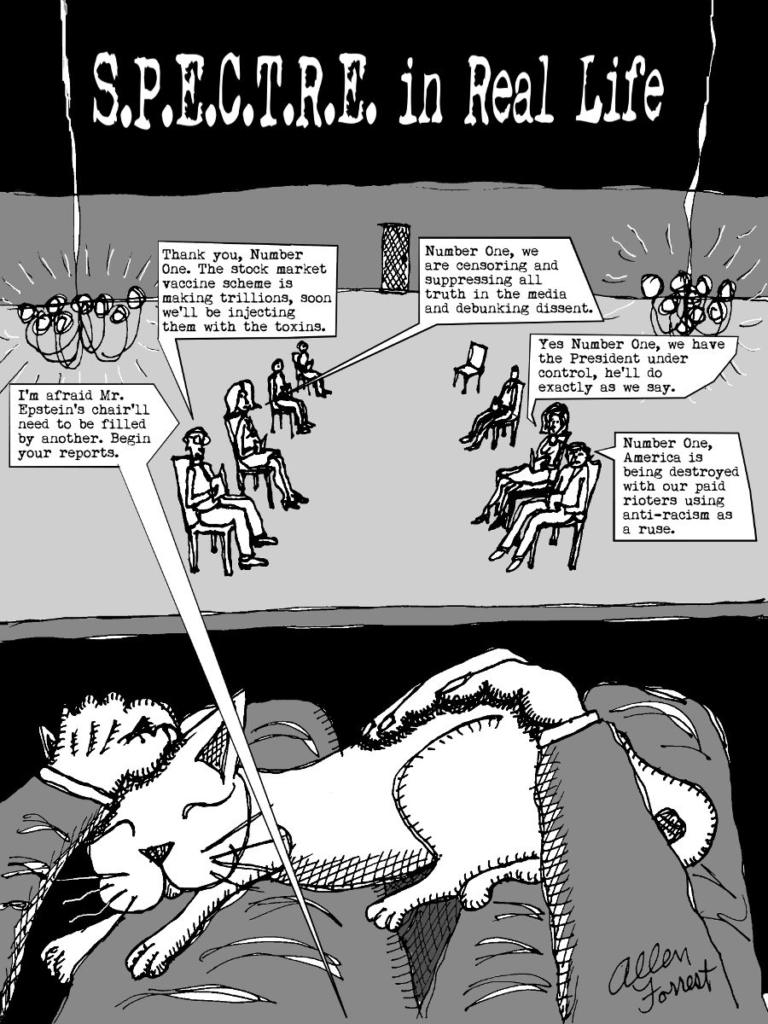 Kind of makes you wonder if perhaps rallying behind the idea that it’s fine to censor people to preserve the establishment narrative about things, like Covid-19 and vaccines for example, was every bit the slippery slope that everyone warned it would be. If perhaps we have foolishly consented to a reality where the most powerful people in the world get to control the information people consume in order to shut down dissent against a murderous and oppressive globe-spanning oligarchic empire.

And it kind of makes you wonder, as we watch the same empire that just destroyed Iraq, Libya, Syria and Yemen being entrusted to carefully navigate extremely delicate nuclear brinkmanship escalations without ending the world, if we might perhaps be better off with a lot more dissent, rather than a lot less.
No one is talking about China ousting the US from Europe yet, but it is obvious that what is commonly referred to in modern media as “soft power,” which, according to popular opinion, developed states use against less developed ones, is now being used by China in Europe at full power.
at 3/02/2022 02:32:00 PM

Posts that I especially recommend for Tuesday, March 1, 2022

Board-certified anesthesiologist and Chronic COVID Treatment Center co-founder Dr. Ram Yogendra has been researching the causes of and treatments for so-called “Long COVID,” but has found that promising experimental treatments are often derailed or defunded by what he terms the “medical oligarchy,” of which Big Pharma is an integral part.
Jimmy and Dr. Yogendra discuss the state of research into Long COVID and the institutional barriers to developing new treatments.
The fear of “terrorism” is an important tool for the plutofascist system in its attempts to intimidate its slaves and stop them from breaking free from exploitation and control.

But how would things look if we could show people that far from protecting them from some insidious threat, the system is itself that threat? How would things look if we could show them that the real terrorists are those in power?
My reaction: Writers nowadays will go to extreme lengths to not name the system. Here Cudenec identifies the system as a "plutofascist system" instead of a capitalist system in its last stage of fascism. Apparently they will go to extreme lengths to deny that Marxism, which identified the system more than 170 years ago as one of social class conflict, has anything to do with the current system. Perhaps this self-censorship is practiced in order to publish such an article anywhere in the de-facto US/British/Zionist Empire. Otherwise, I think that Cudenec is "spot-on".
... if the US/EU were to block Russia out of SWIFT, it could directly – and very forcefully – accelerate the growth of payment systems that are not only not dollar-centric, but would ensure that the global payment system is no longer West centric. Thus, a Russian exclusion of SWIFT – which remains a possibility as more and more western countries join the call for Russia’s exclusion – could mean the beginning of the end of the US/Western financial hegemony.
This new international payments system would be the equivalent of a check-mate for the end of the capitalist Empire.
Monopolizing the Dollar Area’s oil market and isolating it from Russian oil and gas has been a major U.S. priority for over a year now, as the Nord Stream 2 pipeline threatened to link the Western European and Russian economies more tightly together.

💥My commentary follows:
The directors of the long-established de-facto US/British/Zionist Empire care not for the welfare of anybody, except for their transnational capitalist class interests of world hegemony. This linking of European economies to Russia is inevitable. Only the European capitalist class stands in the way, but they soon will see the profit advantages of an integrated economy with Russia. This terrorizes the directors of the Empire, and accounts for their ignoring the present security concerns of Russia.
The encroachment of Russia with NATO bases on its western flank by the Empire has been intentional, and explains why Russia has invaded Ukraine for existential reasons (their existence as a nation). The directors of the Empire hope that by terrorizing Europeans of a Russian invasion that they will refuse the Nord Stream 2 pipeline that provides cheap gas to ordinary Europeans to heat their homes.
It is finally up to Europeans to decide whether we all disappear into a mushroom nuclear cloud or enjoy peace and comfort in the near future. I say near future because we will all see the end of the human species and most, if not all other species, disappear because of an over-heated planet brought on by capitalism.
at 3/01/2022 01:37:00 PM

Posts that I especially recommend for Monday, February 28, 2022

The media corporations continue to crank out their daily doses of propaganda to divide the people into two groups: worthy and unworthy people ("deplorables").

The "good" people see themselves as worthy of special respect, and they benefit from their support of powerful authorities which makes them good people. This is very much like the German Nazis of the 1930s and their racist disparagement of Jews. (All Jews were blamed by media corporations for the Russian Revolution of 1917 because the leaders were mostly Jewish people.) This is similar to what the capitalist Empire's ruling class now describes as "deplorables" or worthless people. The "good" and obedient people can ignore everything that is said or written by the "deplorables" and their supporters. Thus, extreme measures like mandates, vaccination passports, and denying basic human rights to the "deplorables" are completely justified.
If only 10% of the recent postings by Internationalist 360° are correct (see this and this), the de-facto Empire is preparing for a guerrilla war in Ukraine to sap the Russian Federation and exhaust its nation in a long-term war of attrition much like happened in Afghanistan during the 1980s. Remember the allied efforts to implement "stay-behind forces" of Operation Gladio after WWII? This together with the strengthening of neo-Nazi forces in Ukraine by the Empire has at least a chance of success.  The success of this strategy will mostly depend on the efforts by Russia to de-Nazify Ukraine and rid Ukraine of these Nazi vermin that the capitalist Empire supports.
Not wanting to sound hyperbolic, but I am starting to conclude that the nuclear madmen running the U.S./NATO New Cold War they started decades ago are itching to start a nuclear war with Russia. Their hypocrisy and nihilistic thirst for death and destruction are so extreme that it boggles my mind. They accuse Russia of starting a New Cold War when they did so decades ago and have been pushing the envelope ever since. Now they act shocked that Russia, after many years of patience, has struck back in Ukraine.
My reaction: The ruling class of the de-facto US/British/Zionist Empire are not mad, they are only trying to defeat any threats to their world dominance. Russia and China (and a few other states) merely want to preserve their independence from the control of the Empire. Preserving their dominance of the world and their empire is all that they are concerned about.
Because Becker has far more knowledge of the historical background of Ukraine than Martin has, this discussion became an interview conducted by Martin with Becker. My reaction: Becker, in particular, has an encyclopedic and accurate knowledge of the history of this conflict since WWII, but he is constrained by the host interviewer from revealing his full Marxist and socialist views until nearly the end.
I don't agree with Martin's attitude that war is a criminal enterprise--that both sides are at fault. However, Becker, in his attempt to not disagree with her, tries to go along with her conception of superficial leaders instead of the reality of ruling capitalist classes that are determined to damage Russia and stop both Russia and European economies to connect with each other. If this would occur, the Empire will be finished.
This is what I have against most interviews: the attitude that we won't or can't disagree with the host interviewer or interviewee. The real knowledgeable and suppressed real left of the US is grateful for any media access to their fellow countrymen that they will go to extreme lengths to not antagonize the hosts of these programs.
at 2/28/2022 12:32:00 PM