Posts that I especially recommend for Sunday, May 30, 2021

Vermectin, an anti-parasitic drug placed the same radioactive category as Hydroxychloroquine (HCQ) for the treatment of COVID-19, has reemerged as a promising treatment in the battle to extinguish the pandemic.
New York Times best-selling author Michael Capuzzo has called it the "drug that cracked Covid," writing that there are “hundreds of thousands, actually millions, of people around the world, from Uttar Pradesh in India to Peru to Brazil, who are living and not dying.”
Doctors in India are big fans.
Maybe the virus was grown in a lab, maybe it just jumped from bats to people. Since all evidence suggests it’s not very dangerous, it doesn’t really matter.
The debate sure does make a good distraction though.
Does it matter that many after the age of 70 died from it if it was designed and used as a bioweapon for whatever purpose? What about all the severe restrictions on people's civil rights that were dictated by various governments of the world based on the declaration of WHO that the threat constituted a pandemic and the virtual diktats by the CDC or similar agencies throughout governments of the world? What about the censorship that was imposed on many other relevant medical specialists who differed about various aspects of the declared pandemic?
... we can either prepare for the ultimate disaster that disaster capitalism gives us, or, put our heads back in that sand ....
I remember one of the first acts formally announcing a Cold War against the Soviet Union after the conclusion of WWII (1st article) was Winston Churchill's speech in Fulton, Missouri (with Pres. Harry Truman on the stage) in 1946 declaring that an "iron curtain has descended" across Europe. This was a shock to the American people because we had been allied in WWII with the Soviet Union against the Axis powers. 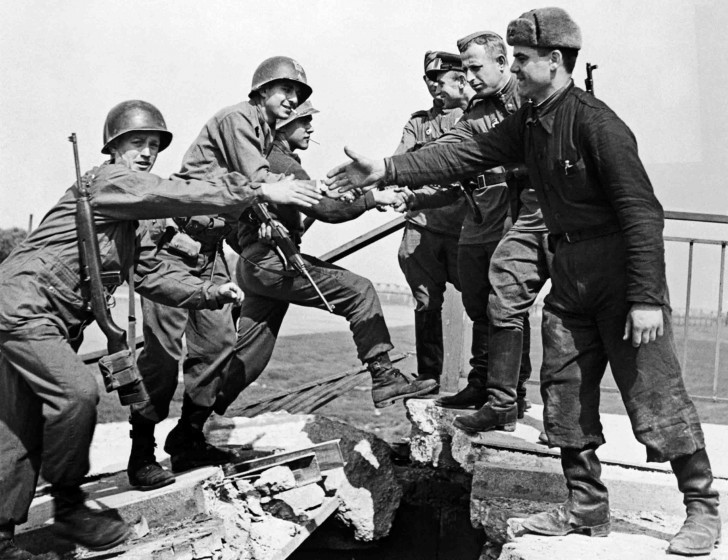 This was followed a year later with the Un-American Activities Committee investigations of Hollywood playwrights, directors, and actors that weren't sufficiently anti-communist enough to suit the interests of the capitalist ruling class. This constituted a major purge of all left-wing influential people associated with the Hollywood film industry in order to stifle any kind of dissent and further propagandize people into smearing any kind of socialism. Churchill's visceral hatred of the Russian Revolution and his role beginning with the capitalist intervention in the Russian Civil War made him an exceptionally qualified person (in the eyes of the ruling capitalist class) to announce this new effort against the Soviet Union.
If Biden were genuinely interested in learning how to prevent a future pandemic he would be exploring how to prevent zoonotic spillovers, both in nature, and in the lab. On the other hand, if he’s interested in tarring the reputation of a country he has labelled a competitor, as his predecessor was, he is proceeding along the right path. Unfortunately, that path has nothing to do with protecting humanity from future pandemics.
at May 30, 2021